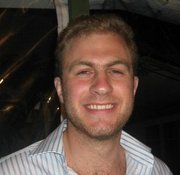 SH: Well, I completed an undergraduate degree in Classics at the University of Edinburgh and then did a one-year law conversion course at Oxford Brookes University.  In the UK, the academic legal training is different from anywhere else in the world in being able to do this.  This course got me up to the same level as someone who had studied law as an undergraduate degree.

I had done various summer internships throughout my undergrad and law school degrees in Brussels and in London.

My main break into the Brussels legal market was being offered a week’s work experience in December 2005 at Wilmer Hale.  On the back of that, the firm asked me to come back the following summer to replace someone who was on maternity leave.  I worked there for two months each summer for the subsequent four years.  Even though I wasn’t studying law at university throughout the whole time, I was still able to experience a legal environment during my summer holidays.  The firm also gave me a chance to work in the London office’s corporate department in October 2009 after finishing law school.

My tasks at the beginning of my stay at Wilmer Hale were predominantly admin related.  I worked in the library and took on a major archiving project.  Being from a “non-legal” background, it was useful being in a law firm getting an insight into how everything works.  Wilmer Hale, being a reputable international firm, was able to attract a substantial amount of international work.   Simply being in this kind of environment afforded me an experience and exposure to the industry which many of my peers were able to match.

Once I finished at Wilmer Hale in October 2009, I had a job set up as a stagiaire at Howrey, which was one of the major players of competition law in Brussels.  That was my first experience as a “real” lawyer.  I was working in a legal environment where my work was being assessed.  I had strict deadlines and learned a lot from lawyers directly.  This started as a two month internship and was extended to five months. The hours could be long, but the experience was actually enjoyable; I was working with great colleagues from all over the EU and the US, who were never too busy to offer me advice or provide explanations on what I was doing.  The fact that I am still in touch with many of them now is testament to the fact that they are nice people as well as good lawyers.  I was involved in writing academic articles, merger cases and cartel work, in both English and Italian.

After finishing at Howrey, in April 2010, I took a couple of months out to focus purely on applying for jobs in London because ultimately that’s what I needed to do in order to qualify as a solicitor in the UK.  Having completed law school, I still have to train in the UK for two years in order to qualify, via a process known as a “Training Contract”.

However, the state of the legal market in London, as globally, meant that firms weren’t “handing out” training contracts as readily as they had prior to the crunch and subsequent recession.  Firms were also deferring a lot of people who had already been offered contracts.  Bigger firms usually recruit two years in advance and the fact that they were under recruiting relative to students completing law school made the search for a Training Contract even more competitive than previously (similar numbers of students but significantly fewer jobs).

After several months of writing applications full time, I started work in another American firm – Squire, Sanders & Dempsey – also in Brussels.  Its Brussels office is relatively small which made a huge difference in its working culture and the way I fit into the team.  I was recruited to work in both the Competition and Regulatory departments. The fact that the office was so small meant that I worked directly with partners and senior associates. In terms of my experience and my improvement as a lawyer, it was fantastic.  At Howrey, I did also work with partners, but much of my work was vetted and reviewed before it went to anyone senior.  There certainly was that idea of hierarchy which in a smaller office you don’t, and indeed can’t, have.

In the Regulatory team I assisted in major global projects, liaising with other lawyers (both internal SSD lawyers and external – outside – counsel) from all around the world.  It was interesting to see how different cultures work.  In the Competition team, we picked up a lot of work from the offices in Eastern Europe and we had quite a few significant American clients who needed advice on European competition matters.  Especially towards the end of my time at SSD, the majority of my time was taken up by two appeals to the General Court against Commission decisions alleging that our clients had been involved in (separate) cartels.

BL: Were there any major differences working in Howrey and Squire, Sanders & Dempsey?

SH: The main difference between the two firms, or at least the Brussels offices, was the size and the number of fee earners.  In addition, at Howrey, people were younger, especially at associate level.    There seemed to always be a number of people working late and on the weekends.  The size of the office meant the ability to attract a larger number of clients and cases at any one time. At SSD, the teams were smaller.  The lawyers all had families and were naturally more interested in keeping the work-life balance healthy.  SSD recently “combined” with Hammonds in order to expand their London and Western Europe capabilities and reach.  This combination has also significantly increased the size of the Brussels office, which may affect the dynamics of the office in which I worked.

BL: Which atmosphere did you prefer?  Did this play a part in deciding where to apply for a job in London?

SH: The working atmospheres in the two offices were actually fairly similar.  The international contingent of both firms guaranteed interesting conversations between colleagues.  In addition, colleagues in both offices always afforded me time to guide me and explain things in situations in which I needed help.  The genuine “open door” policy in the Brussels offices of both SSD and Howrey led to extremely productive and genuinely pleasant experiences.

In terms of deciding where to work in London, I think one of the advantages of training at SSD/Hammonds over many other firms is that they offer a six seat rotation, so you get to see five areas of law and repeat the one which you like most, and the department into which you would ideally like to qualify, at the end.  This provides for broader training experience, but then again, maybe less deep than the more traditional six-month rotation.

BL: Having worked in London and Brussels, what differences do you see?

SH: I don’t think it would be fair to make a direct comparison between London and Brussels based on my experiences, since I worked in different departments: competition and regulatory in Brussels, and corporate in London.  The working cultures and hours can be rather different between the two, with corporate being more “peaks and troughs” (particularly during a recession) of work, whereas competition is a bit more constant in terms of workload.

BL: What led you to try out the European Parliament?

SH: As I was offered a job in December 2010 to start in September 2012, I was left with 18 months in which to do what I felt like (within reason, of course!).  I had applied to the European Parliament’s Legal Service, as a means to expanding my professional skill set and finding out in much more detail about the workings of the EU.  Despite a large number of applicants for the role, I was fortunate enough to be selected.  Since the coming into force of the Treaty of Lisbon, the legislative powers of the European Parliament have significantly expanded.  This means that the policy committees within the Parliament have a lot more say in terms of implementation (or veto) of legislation than they had pre-December 2009.

I assist six lawyers in the Parliamentary and Institutional Affairs Unit.  This unit specialises in assisting individual committees in the legality of what they do.  As a stagiaire, I get called on to attend committee meetings (I follow committees such as International Trade, Foreign Affairs, Development and Budget), take notes, write legal opinions stating Parliament’s position vis-à-vis the other institutions in any given matter, and generally ensuring that Parliament does not exceed the powers granted to it by the Lisbon Treaty.  Our unit also assists the Parliament as and when they get taken to the EU courts in Luxembourg, although I am much less involved in this aspect of the work.  My work is hugely varied, but completely different from anything I’ve done whilst working in private practice.  It’s been a real eye-opening experience, not just in terms of content of work, but also in terms of the Parliamentary working environment.

BL: What is the difference between working in the public and private sectors for you?

SH: The best way to describe this is to tell a story told to me by someone who moved from a law firm environment to the European Parliament about 10 years ago.  On his second Monday morning in the job, his boss came to him and asked to have an “urgent meeting”, to which the new employee replied that he was currently extremely busy, and would they be able to have it a bit later on.  “How about Wednesday afternoon?” came the reply!

It is this difference in urgency which has been the biggest shock to me in changing jobs from the private to the public sector.  This does not mean that people necessarily work less hard, however.  Whereas law firms work for demanding clients requesting complex work done within short deadlines, public institutions, and the Legal Service in particular, is governed by the natural pace of the legislative procedure.  These procedures also involve the Commission and the Council of Ministers, and much of the work undertaken is highly political and sensitive.  The sheer size of the institutions, and the amount of bureaucracy involved in passing every single amendment, means that the procedure really cannot be accelerated in any way.  The political agendas of each political party are very clear, and each final Parliamentary position must be approved by the Members, often after much deliberation.

On the other hand, however, law firms (usually) work for a single client in any particular case.  This means that, as long as the client is happy with the firm’s work, it does not have to be approved by anybody else.  This means that, theoretically, things happen faster in private practice.  Also, all the time you work in private practice has to be accounted for and recorded, so that the correct client can be charged the correct fees.  It took some getting used to not having to write down reports on what I had been doing when I first arrived at the Parliament!

I think I am glad that I have had the opportunity this way round (i.e., private practice followed by the Parliament) rather than vice versa.  I hope that the skills I have developed through working in the various law firms have benefitted the Parliamentary Legal Service.

BL: After qualifying, could you see yourself going back to work for a European institution?

BL: Thank you for your time and best of luck to you.