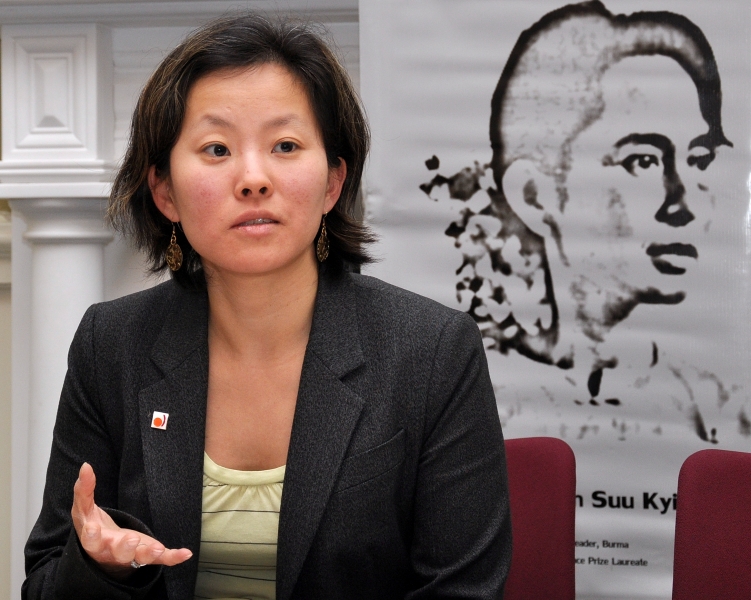 Brussels Legal spoke with June Sørensen of the ITUC about what it is like to advocate labour rights.

JS: I received a law degree from the University of Copenhagen, I’m a Danish national.  While I was studying, I worked for a number of organisations.  This is typical in the Danish system.  Students work 15 to 20 hours per week and are paid.  It’s not the same as a ‘stagiaire’.  It’s a way of turning theory into practice as you study.  This is really a large advantage for studying law in Denmark.

So, I worked for the Danish Red Cross for one and a half years.  At the Red Cross, I gave lectures on international humanitarian law to Red Cross staff who didn’t have a legal background.  This was actually quite nerve-racking.  Here I was, a student, teaching people who had worked in the field for a long time on the actual rules to be followed.  I was very young and nervous, but it was nonetheless really good for me.  I also carried out legal research in this position.

After this and still while a student, I worked for a Danish labour organisation where my work focused on making complaints related to non-respected collective agreements to labour courts.  I then also worked for the Parliamentarian Ombudsman for one and a half years.  This kind of student job position you can only get after having received a bachelor’s degree.  This position was particularly interesting because I actually got to write an opinion for one case.  Then I also did an internship with the European Commission in DG SANCO (Health and Consumers).

Due to my speaking German, I worked at the German Municipal Court of Karlsruhe and also studied for some time at the Europa Institut in Saarbrücken.

After I finished my studies, I got a job with the Danish Ministry of Foreign Affairs.  However, due to my family situation and my husband having found a job in Brussels, we decided to move here and I left the Ministry.  The position would have required too much moving around to different postings.  The atmosphere there was also very competitive, something which I don’t care much for.  I didn’t see myself working there and travelling as much as I needed to and maintaining a healthy family life at the same time, so I guess diplomacy was not for me.

BL: What was it like finding a job in Brussels?

JS: It was very difficult to even find a job!  I had done the Commission ‘stage’, I speak English, French, German and Danish.  I had worked for the Ministry – a position not that easy to get.  So, I was surprised at the difficulty in finding a job.  The problem was that I was either over-qualified or I didn’t have enough expertise in one particular field.

I did unpaid work for some time before getting a paid position, and worked shortly for the EFTA Surveillance Authority and then I switched to the International Trade Union Confederation.

BL: What kind of work did you do at the ITUC?

JS: The International Trade Union Confederation is a grouping of unions at international level.  I work on trade union and human rights.  I promote ILO Conventions, take complaints to the ILO, and assist in ILO processes and conferences.  We mainly use ILO Conventions as they set out the standards for workers’ treatment, but other human rights instruments that include provisions such as the right to form a trade union are relevant as well.  Our focus is on the ILO because workers are its constituents; they have a big voice in this UN organisation. We are not a typical NGO, as we have elected structures, where the constituents decide our policies and work.  The ITUC represents 175 million workers in 151 countries and territories and has 305 national member organisations.

I have worked a lot with unions from developing countries where a lot of rights are violated and where there’s a general human rights deficit.  I did work in Zimbabwe, Cambodia, Burma, Iran and China.  Cambodia, China and Iran, for example, are countries for which we have no trade union membership, but we were contacted by individuals from these places and of course we help them.  I should note here that we’re funded by the membership fees of all our member organisations.  Some members pay a symbolic fee only because their situation doesn’t allow them to pay more and due to our following the principle of international solidarity, our support reaches over and above our members and affiliates.  ‘An attack on one is an attack on all’ is what we say.

Thus, for example, we were contacted and told that bus workers in Iran went on strike and wanted to create a union.  This was not allowed and what we did was to denounce the repression of the right to form a union and brought this violation to the attention of the ILO and the EU.  The leader of these bus workers became member of
the International Transport Workers' Federation and was eventually nominated for a Silver Rose Award from SOLIDAR.  I wrote his nomination.  However, after he returned from Brussels, he was imprisoned.  This is sad because sometimes bringing attention to violations of rights helps and sometimes it doesn’t.

Or in Zimbabwe for example, our member was heavily repressed and we denounced the violence going on there at the
yearly International Labour Conference.   A Commission of Inquiry took place, only the 12th one the ILO had ever had and I travelled to Zimbabwe to gather evidence for this Commission.  I assisted our affiliate in their collection of witness testimonies, medical records, records on official police complaints – although there was always the chance that police were complicit in violations, but there was a report nonetheless.  My job was to make a link between the human rights violations taking place in Zimbabwe and the trade union membership aspect.

BL: What would you say are the advantages and disadvantages for your line of work?

JS: My job is worthwhile and interesting.  I believe we’re helping people to create higher standards of living and helping these people create this, even if we’ve only created it in a small way in some cases, is very rewarding.

Some people don’t understand why trade unions need more funding or why it’s necessary to help people who already have jobs.  They compare those with jobs in some developing countries to those living in even more poverty-stricken situations and say that those with employment should be happy as they are the privileged ones.  However, when your salary can’t feed your family, it’s an important issue to consider.  The social contribution of unions is high.  In developing countries, these unions can help create a middle class so that people can live better lives.  When you advocate trade union rights and with it other human rights and when you join a union, you’re creating a democratic base.  A lot of people have a negative connotation when it comes to unions and they don’t think about the social advancement unions bring.  Often people don’t know our international solidarity work.  This can be frustrating.

A downside of this job is that it never stops.  You take the issues of the day home with you and this is emotionally straining.  When you get an urgent call or plea to handle something at work – something that might affect people directly – you’re torn between this and your family.  Due to the heavy working and travelling schedule, I’ll be changing jobs, but I want to keep my commitment to the union movement.

BL: Thank you for your time and best of luck for your future!